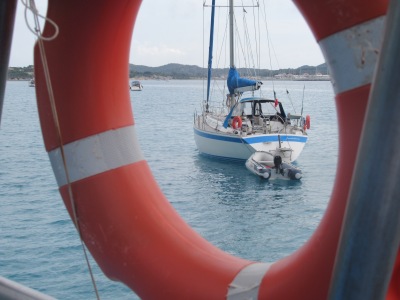 I visited different region of Italy but none of them had beaches like the ones in Sardinia. If you are looking for a beach vacation or at least to incorporate a few days in your trip of beach time that you will enjoy Sardinia. 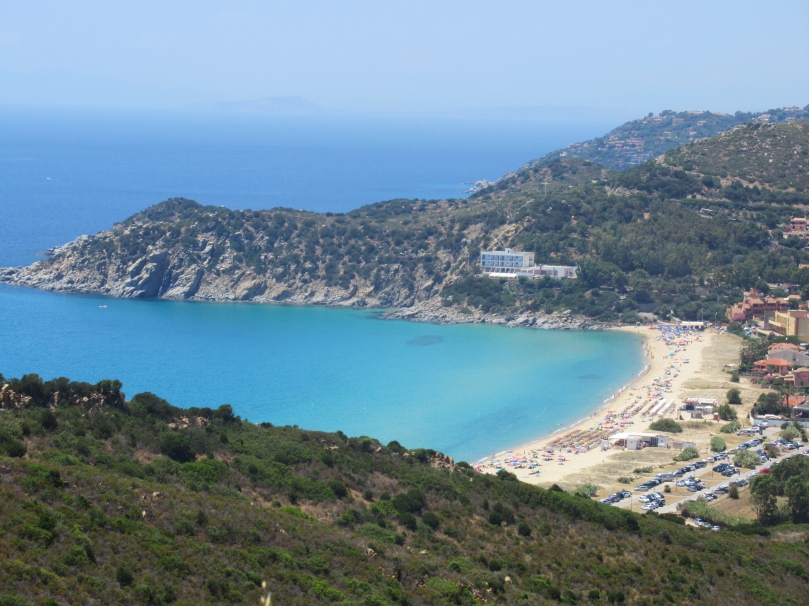 With almost 2000 kilometers of coast line the sand beaches and clear turquoise waters on this Italian island in the Mediterranean Sea will charm you. I have spent most of my time in Sardinia to the south of the island close to the city of Cagliari but driving the scenic route all I have seen were just one beautiful beach after another.

One of the reasons to add Sardinia to our trip was to take a fishing trip that my buddy had seen on one of Jamie Oliver’s episode that had taken him there.

Escursioni Pescaturismo Sampey is located in the city of Villasimius at the porto turistico. We decided to go straight to the port to find them instead of trying to reach them by phone. Villasimius was roughly an hour away from Cagliari but the scenic route makes the whole drive more than worth it.

Since one of their boats was not out that day they were easy to find at the port but you should call in advance if you want to book an excursion with them. We got lucky and met with the owner who told us that if weather permit we should be good to go the next day and they would call to confirm. Before leaving we asked them which beach we should try for the day and they told us to go to Spiaggia di Punta Molentis.

The beach was hard to find and if not for the direction we had received we would have probably never found it.  The beach was very nice with a sand area, some rocks and a good area for swimming or snorkeling.  There is an area where you can take your own towels and umbrella or they have like most beaches in Italy a beach club area where you can rent chairs and umbrellas.

Driving back towards the hotel we stopped for a late lunch at Victory and had great food with view on the boats docked in the harbor. Food in Sardinia was also pretty awesome and the fish and seafood that we had there were fresh and tasteful.

The next day bright and early we headed back to Villasimius to get on the boat for our excursion.

If you have the chance you should definitely visit Sardinia, you have two ways to get to the island or by plane or if you are driving using the ferry. We took the ferry but if I would book it again I would do it differently and take the ferry at night and book a cabin. As the trip take 5 hours from Civitavecchia to Olba and 7 hours on the way back you will not miss a day and be comfortable for the crossing.

Sardinia is beautiful and if you enjoy squeezing some beach time while in Italy it has some of the best beaches I have had the chance to visit in Italy. 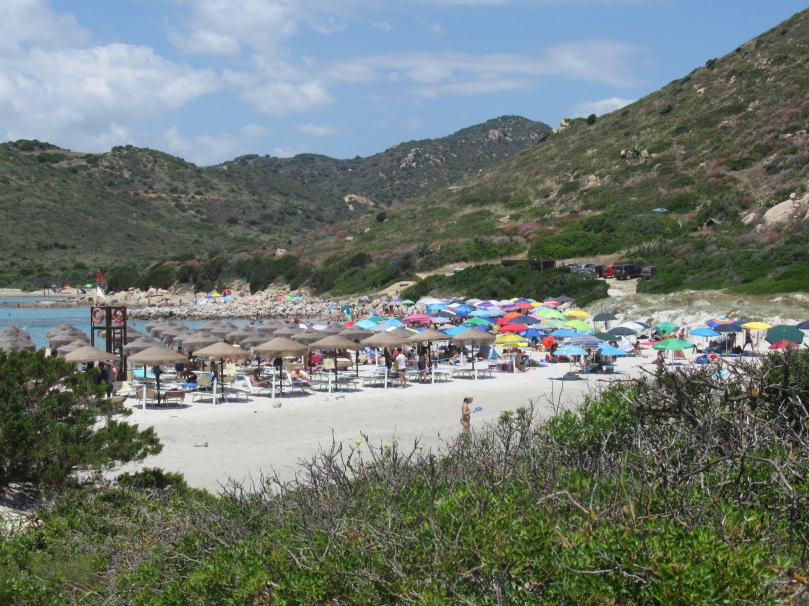