I got to try the new seasonal ale beer from Unibroue the Lune de Miel. Offered only for a limited time this Belgium style with a nice hazy amber shade is right on time for the holidays. When pouring it you get a nice thick golden collar and it has a nice herbs and spices taste.

I was a little worried that it would be on the sweet side but it’s not, you can really taste the hop and with an IBU of 22 it’s very well balanced.

“The particular sweetness of Lune de Miel harmonizes with different types of food,” says Sylvain Bouchard, a beer sommelier for the brewery. It harmoniously matches with chicken tournedos,  honey mustard pork loin and sweet German sausage. Its divine taste marvelously accompanies sweet desserts such as baklava, and rind cheeses  with a semi-firm or cambozola or gouda. “

This beer is inspired by a tradition dating back nearly four millennia. Indeed, in Babylon, during the first month of marriage, the father of the young wife had to offer his son-in-law honey beer as much as he asked for. This first month of marriage was called the “month of honey”. As the calendar at that time was a lunar calendar, the month of honey eventually became the “honeymoon”.

The Lune de Miel will be available on December 5, 2016 at all Unibroue beer retailers in Quebec, in 750 ml bottles (MSRP: $ 9.99) and in casks. Artisanal beers lovers will however have only a short period to avail themselves of this new seasonal beer. 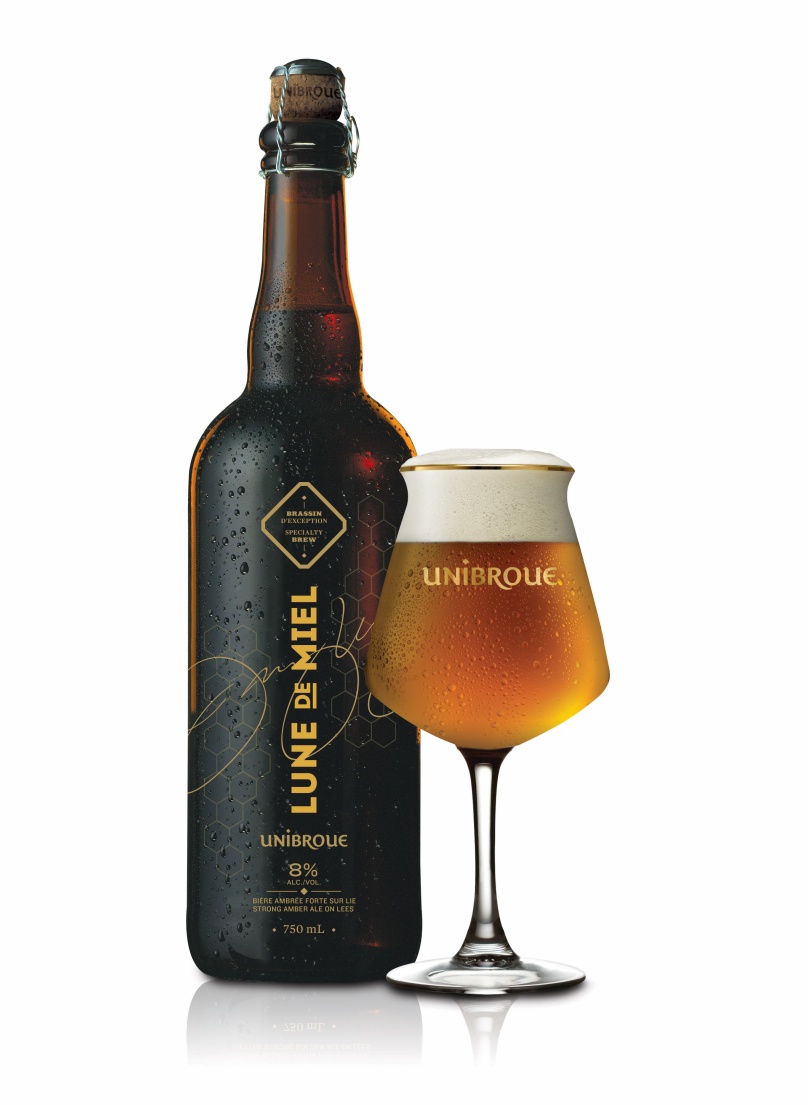