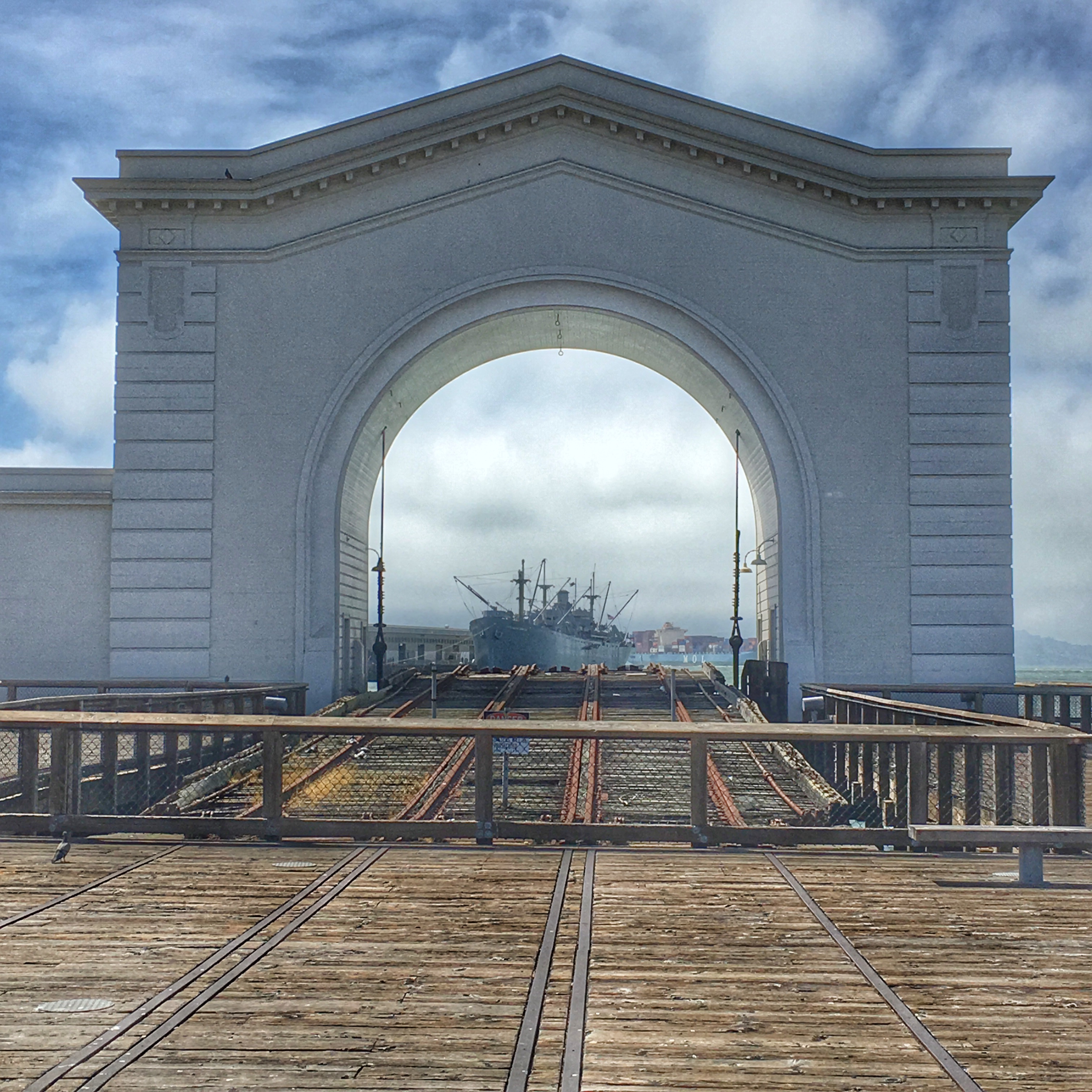 It was not my first time in San Francisco but it had still been close to 20 years since the last time I was there. I’ve seen the Golden Gate Bridge and I visited Alcatraz, I also saw Lombard street before and Chinatown while riding a Streetcar. That gave me the advantage of not having to do the traditional touristic route and I was able to see and visit the city more from the view of a local. Getting the help from a friend who has been living there for years he directed me to a couple of spot he thought I would like.

On my first day I did break my planned pattern and headed out to Fisherman’s Wharf. Pretty much everywhere I’ve been has a local dish that I start to crave as I know I’m going to be there soon and San Francisco for me equals Clam Chowder in a Sour bread Bowl. My buddy was a little disappointed when he found out I was in the tourist area, but I’m sure if he comes to Montreal he’ll go to Schwartz’s for smoked meat so I was far from feeling bad about it.

I have no idea if where I always go is “The” place to have it but every time I go to San Francisco I always end up at The Chowder Hut Grill to have my Chowder. After 20 years it’s still open so I’m guessing I’m not making a bad choice when I go there. It’s easy enough to find on Fisherman’s Wharf and you don’t need a reservation and can also order to go.

After satisfying my craving, I decided to take a stroll along the Wharf. I always enjoy revisiting cities that I haven’t been in a while and see if my memory of streets and sites serves me well. My memories where clear even if it was a little foggy that day but I still managed to get a clear view of Alcatraz and when I got toward the bridge side I was greeted by a ghostly picture of the Golden Gate Bridge hidden in the fog.

My friend knowing my taste in food and the kind of places I like had giving me a few recommendations in the Chestnut Street area of Marina District. Since I had not been in that neighborhood of my previous trips it was really cool to discover that area. The look and feel of Chestnut Street is really the type of place I would most likely spend a lot of time at if I would be a local.

Here’s a couple of places I had the chance to try:

As I was at a Tradeshow at the Moscone Convention Center in the financial district I also got the chance to spend some time there. I hate eating the overpriced food from the concession stands and I always managed to find some pretty good places that are only a couple of bucks more expensive than that sandwich you would get.

Here’s a few places that are well priced and that offers good food and reasonably fast service.

Another area that I had previously not visited was the Alamo Square Park, there you can see some genuine San Francisco architecture and the neighborhood is quieter than some other ones I’ve been to. If you’re in the area I would for sure plan to have diner at: Alamo Square Seafood and Grill  the food is very good and the ambiance is also pretty fun.

The city can get a little pricey and with the way it is laid out can be a little tricky to visit by foot. There are always taxis or Uber but what I did was taking a bus pass for the week so I could get around while seeing the city from a different perspective. You can find hotels of all prices but make sure you look in which neighborhood you’re planning to stay at and how safe it is. My company had booked me in a nice well rated apartment hotel but been in the Tenderloin district I would not have recommended it for ladies traveling alone. I switched hotel mid-week and I was enchanted by the look and decor of The Hotel Majestic on Sutter Street.

San Francisco is a great city that I had missed and I’m planning to make my way back there sooner than later. It is one of those cities that you can visit and revisit while always discovering new things to do and places to see.

One thought on “San Francisco in a less touristic way”